Residence permit authorizes the right of a foreign citizen to enter and stay in Georgia or transit the territory of Georgia during the term of validity of residence permit. It also authorizes a holder to invite another foreigner to Georgia. 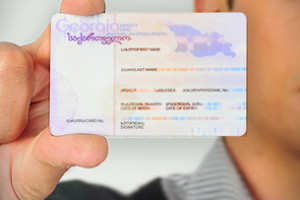 
A foreigner legally staying in Georgia and having any of the above-listed residence permits, has the right to receive the other type of residence permit in case he/she meets the requirements set for receiving the latter.

A residence permit is issued by the Public Service development agency within 30 days after receiving a complete set of required documents. However, the permits can be issued in accelerated manner; for detailed information on the fast-track service visit the websites: www.sda.gov.ge; www.psh.gov.ge.

Residence permit will be terminated if a foreigner fails to apply to any authorized entity for a residence card within the period of 6 months.

Additional information on residence permits and residence cards is available on the websites:
http://sda.gov.ge/?lang=en
http://psh.gov.ge/main/menus/1/69